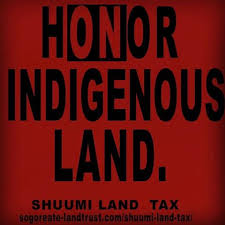 It is important that we acknowledge the Indigenous: Peoples, Histories, Languages, and Culture that have always been in these spaces and places before contact. – Kanyon Sayers-Roods

Kanyon Konsulting appreciates all the efforts of many Indigenous nations who have always practiced “Indigenous Protocol”, and all of the amazing beings who contributed to the USDAC’s efforts to raise awareness around -How to Honor Native Land:  A guide and Call to Acknowledgment.

HONOR NATIVE LAND:
A GUIDE AND CALL TO ACKNOWLEDGMENT

IN COUNTRIES SUCH AS NEW ZEALAND, AUSTRALIA, CANADA, AND AMONG TRIBAL NATIONS IN THE U.S., it is commonplace, even policy, to open events and gatherings by acknowledging the traditional Indigenous inhabitants of that land. While some individuals and cultural and educational institutions in the United States have adopted this custom, the vast majority have not. Together, we can spark a movement to change that.

We call on all individuals and organizations to open public events and gatherings with acknowledgment of the traditional Native inhabitants of the land.

WHY INTRODUCE THE PRACTICE OF LAND ACKNOWLEDGMENT?

Acknowledgment by itself is a small gesture. It becomes meaningful when coupled with authentic relationship and informed action. But this beginning can be an opening to greater public consciousness of Native sovereignty and cultural rights, a step toward equitable relationship and reconciliation.

Acknowledgment is a simple, powerful way of showing respect and a step toward correcting the stories and practices that erase Indigenous people’s history and culture and toward inviting and honoring the truth. Imagine this practice widely adopted: imagine cultural venues, classrooms, conference settings, places of worship, sports stadiums, and town halls, acknowledging traditional lands. Millions would be exposed—many for the first time—to the names of the traditional Indigenous inhabitants of the lands they are on, inspiring them to ongoing awareness and action.

For more than five hundred years, Native communities across the Americas have demonstrated resilience and resistance in the face of violent efforts to separate them from their land, culture, and each other. They remain at the forefront of movements to protect Mother Earth and the life it sustains. Today, corporate greed and federal policy push agendas to extract wealth from the earth, degrading sacred land in blatant disregard of treaty rights. Acknowledgment is a critical public intervention, a necessary step toward honoring Native communities and enacting the much larger project of decolonization and reconciliation. Join us in adopting, calling for, and spreading this practice. 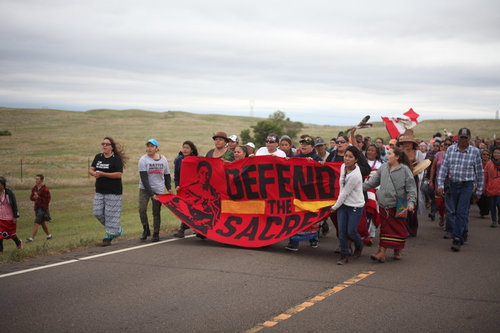