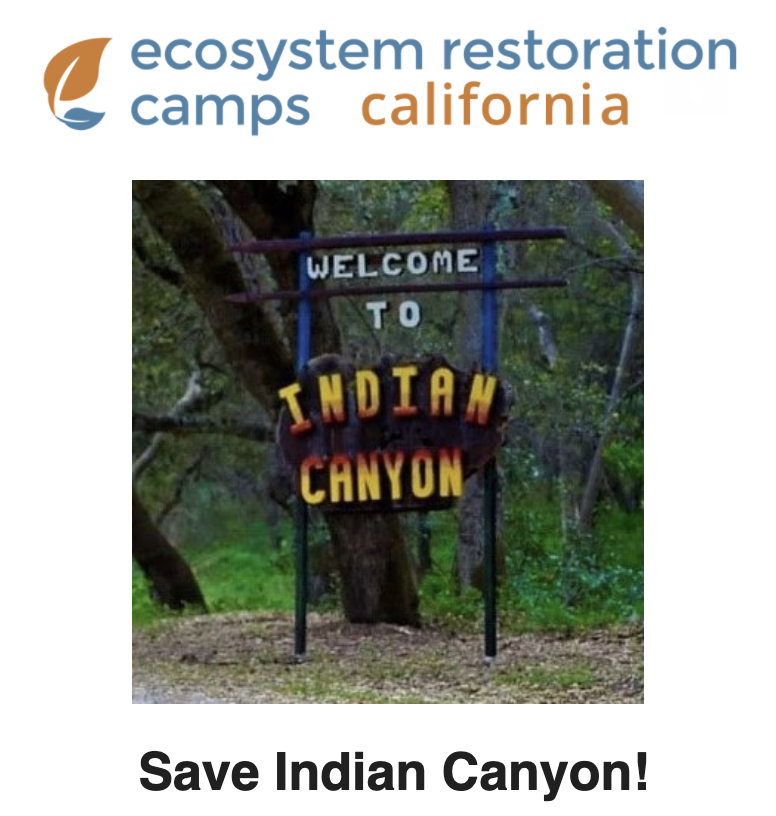 Land grabs from Indigenous Peoples are not something from the past, it is still happening today. A portion of Indian Canyon was sold recently, apparently without a title search, and portions of that land belong to Indian Canyon. The original Indian Village site at the mouth of Indian Canyon has already been plowed.  Although this site is not on a portion of the disputed land lots it shows the lack of respect the new owner has for the original people that resided there. And plans to continue “developing” the land for agriculture that are in Indian Canyon threaten other ceremonial places.

Indian Canyon is the only federally recognized “Indian Country” between Sonoma and Santa Barbara, and has been sacred land and home for Ohlone/Costanoan people for thousands of years. During the 1700 and 1800s, Indian Canyon served as a safe haven for the local indigenous peoples who were being abducted, recruited and transported to the Spanish Missions. The local Ohlone peoples knew the terrain however and many were able to traverse the territory into the secluded valley of Indian Canyon and remain safe. It currently hosts many Native gatherings and offers its land as a sovereign space for any Indigenous Peoples in need of land for ceremony and education.

Indian Canyon needs funds for title searches and legal fees to prove that this land is rightfully theirs.  The goal is to put the land in a land trust to keep it for the rightful caretakers, the Indigenous Peoples. The longer we wait, the more that will be irreplaceably lost. Donate Here

A past fundraiser, a beautiful success, with a timeless story of the Future of Indian Canyon